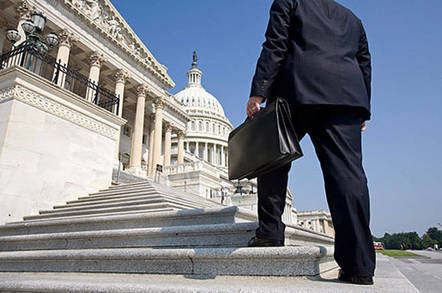 For the first time, an internet company has become the largest lobbyist in Washington DC.

With the release of fourth quarter lobbying figures – a legal requirement – it has been revealed that Google (well, Alphabet) spent no less than $18m in 2017 to lobby lawmakers in the US capital: a 17 per cent increase on the previous year.

Although a number of industry associations – such as the US Chamber of Commerce – spent more, Google is the largest corporate entity on the list, reflecting both its enormous influence, it’s bottomless pockets, and the tech industry’s efforts to push back on a growing consensus that the internet is in need of greater regulation.

This huge lobbying spend does not represent the full picture when it comes to influencing Washington DC, either.

The lobbying releases only cover the costs of a company’s own employees: they don’t include the money that all these companies spent on third-party lobbying groups, who typically boast former high-level government officials and promise access and persuasion for very large sums. Nor does it cover donations made to campaign committees.

It is no coincidence that the record spending comes in the first year of the Trump administration given the president’s frequent criticism of Big Internet and his championing of causes that go against their business models, such as plans to drastically reduce the number of legal skilled immigrants into the country.

Google in particular has also lost its ready access to top figures in the White House – the relationship between the search giant and the Obama administration was famously tight, and it had been carefully extended to Hillary Clinton’s campaign (which as well all known went really, really great.)

Previous Courier Journal: These 20 lobbyists were among the highest paid people at the state Capitol in 2017
Next Bloomberg Government: 2018 Government Affairs Outlook Examines And Highlights Congress’ Packed Legislative Agenda